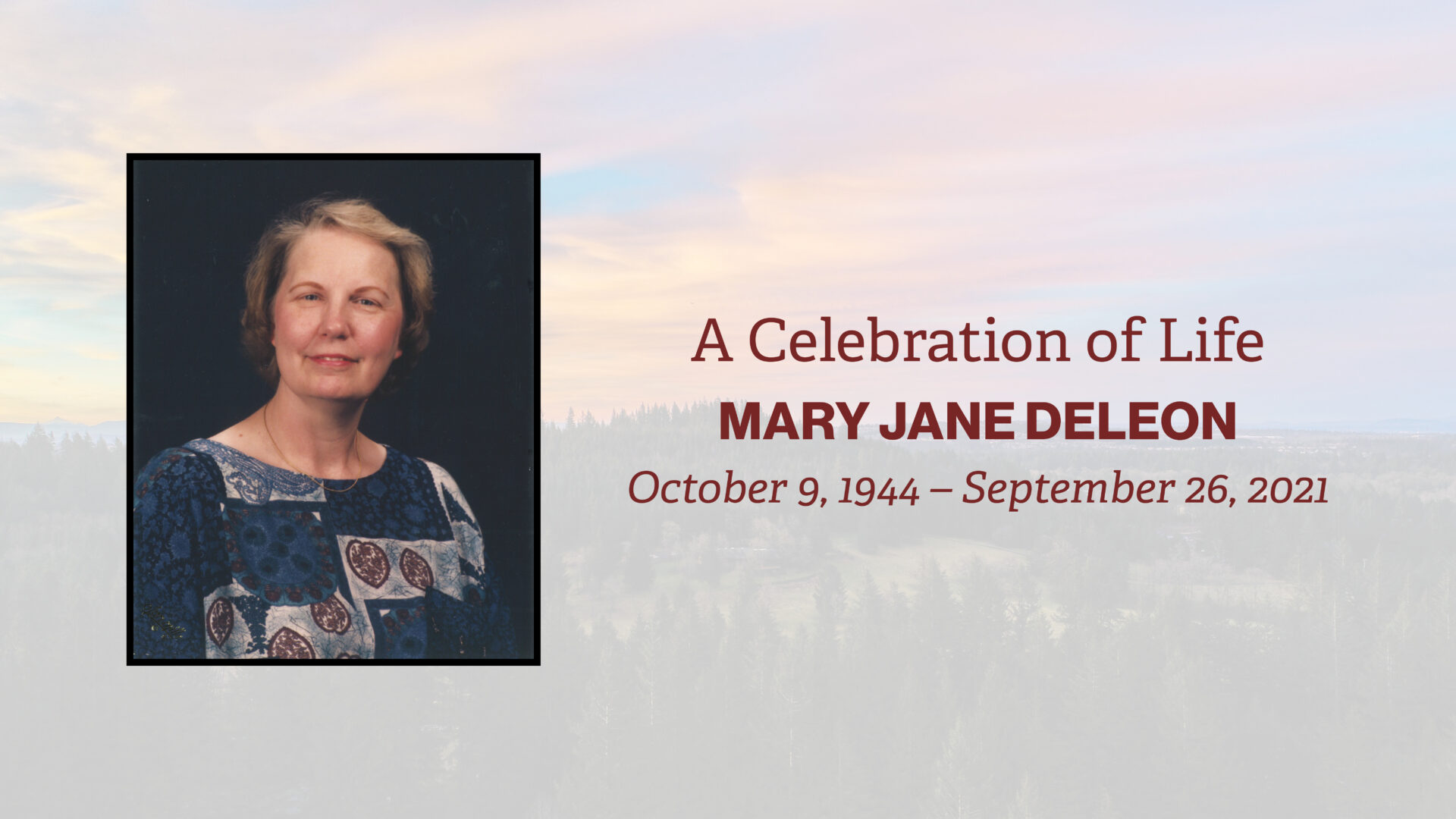 Mary Jane Sidenblad DeLeon was born October 9, 1944, in Mexia, Texas. She was the second child of Raymond Sr. and Janie Sidenblad. She grew up in Houston, Texas, where she married Arthur Eugene DeLeon on January 12, 1963. Their union has been blessed thus far with four children, eleven grandchildren, and four great-grandchildren. A fifth great-grandchild is expected in December.

Mary was a Christian and very active in the churches she attended. First at St. James Lutheran Church which she grew up in and later at Baptist Temple and Garden Oaks Baptist Church. She instilled in her children and their children a love of Jesus Christ and others. Her family could not be more grateful for that blessing.  She was committed to her daily devotionals and quiet times with the Lord.

Mary also took great interest in her children and their interests and activities. She gladly shuttled them to various places, such as Girl Scouts, t-ball, drill team and church youth group. One year, she was cookie chairwoman and sacrificed the order of her living room for dozens of cartons of cookies. She was a beloved mother to her children and a beloved Mamaw to her grandchildren and great-grandchildren.

Mary enjoyed collecting nativity scene sets and Precious Moments figurines. She shared both with family and friends, a blend of her faith and love for those close to her.

Mary began working for Exxon in the Accounting Department in 1979 and was instrumental in setting up early computerized systems. She retired in 2003. She considered her 24-year career an honor to the work ethic and dedication she learned from her father, that she was able to pass on to her children.

Mary Jane Sidenblad DeLeon was called home to Heaven on September 26, 2021. She was preceded in death by her parents. She is survived by her:

She will be deeply missed by all that loved and knew her. Her family and friends are comforted by God's promise that they will be re-united with her in Heaven.

Leave your contacts and our managers
will contact you soon.

Your message is successfully sent...